This article was written by Tom Murphy, International Aid and Development Blogger/Journalist.This blog is  part of the Wikiprogress Series on Subjective Well-being.

Gross domestic product (GDP) is the magical term often used to described the economic growth of a country.
Governments, experts and news reports point to it as a measure of progress. In development, a field often dominated by economists, GDP is all but an obligatory part of the discussion when it comes to country level progress.
The problem is many other experts say GDP is actually not very good at measuring either progress or development.
Nobel Prize winning economist Joseph Stiglitz is among the most vocal opponents of overusing GDP as a yardstick for development. He says that it does not capture equally important issues like poverty levels and inequality. The overall economies of countries can hum along for years showing solid GDP growth without meaningful change for the majority of its citizens. One need not look further than the US to see how middle class incomes have held steady over the past few decades, despite overall GDP growth and wealth accumulation at the top.
The most notable index that tries to look past GDP is the UN’s Human Development Index (HDI). Produced each year, the HDI compares countries on a series of indicators. However, when the HDI rankings are compared against GDP, it turns out that there is a very strong correlation between development and GDP, found economist Justin Wolfers (see chart below). For all the work that goes into the Human Development Index, it just doesn’t tell you much that you wouldn’t learn from simple comparisons of G.D.P. per capita. But you do get the veneer of something broader, with a normatively loaded name for this index.

Francisco Rodriguez, the lead researcher of the report office, pushed back saying that it is more than just about numbers and rankings. It is about determining the drivers of development in given countries that can inform the targeting of interventions and support.

We care about human development not just because we want to know how to rank countries. Rankings may be a good way to compare NCAA teams or American Idol contestants, but are not necessarily the best way to think about differences in living standards across countries.

Now there are two new attempts to get past GDP. The basic premise is to measure countries to more accurately show whether or not things are really getting better for the average person. The Social Progress Index introduced at the Skoll World Forum used fifty-two indicators to measure well-being.
“First, it’s important to say that one of our most striking findings is that the GDP is not as bad as people think it is,” said Green to Humanosphere last month. “Improvements in the GDP do create the conditions that allow countries to make social progress, but it’s not a perfect fit.”
Read Tom Paulson’s report on the Social Progress Index. Another attempt to measure well-being comes from the Boston Consulting Group (BCG) and the Tony Blair Africa Governance Initiative (AGI). The groups decided to take a closer look at well-being in Africa and compare it against GDP. Well-being includes measures like health, inequality, governance in the country and so on.
Governance stands out as one of the most important factors, finds the research. The authors say that governance is “the single largest differentiator” when it comes to improvements in well-being. The results are seen in the successes of countries like Ethiopia and Angola, two nations that show both high annual GDP growth per capita and well-being progress. This should come as little surprise given that one of the study’s co-authors is heavily invested in improving governance in Africa. Geography plays a role too, says the study confirming the research done by Paul Collier and Michael L. Faye. Landlocked countries that lack natural resources, such as Zimbabwe, Niger and Uganda, tend to struggle for growth because of the lack of trade opportunities caused by lack of access to sea-routes and natural resources. They also confirm what is often called the resource curse. The coastal nations tended to fare better on well-being than the resource-reliant counterparts, say the authors.
There are exceptions to the rule. Ethiopia is considered a landlocked country and has little in terms of natural resources. Despite those challenges, it is one of the stars of the index. The authors cite the gains in healthcare as one of the reasons for Ethiopia’s relative success. A long-term health development strategy that began in the late 90′s helped turn around a country with a child mortality rate that was twice the global average in 2000.
35,000 community health workers were deployed to rural parts of the country to reach 85% of Ethiopians through the Health Extension Program (HEP).

So far, HEP workers have educated 9 million households. From 2005 to 2010, life expectancy at birth increased by 3.5 years, and mortality rates for children under the age of five declined 23 percent. While there is still work to be done—Ethiopian health is just now reaching the average level in Sub-Saharan Africa—the progress is remarkable.

Recommendations from the research points towards improved governance and locally driven policies.
“It is way too soon to declare victory for sub-Saharan Africa. But it is also clearly a continent that is moving in the right direction. It is no longer necessary to learn only from the developed world. There are now powerful lessons from countries within the African continent that are useful for their neighbours – and indeed leaders elsewhere in the world,” write Craig Baker of BCG and Andy Ratcliffe of AGI in the Financial Times blog 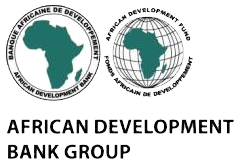 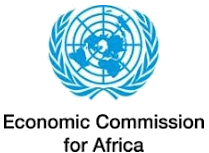